Vaccines have confirmed efficient at serving to management the coronavirus illness 2019 (COVID-19) pandemic. In lots of developed international locations, in depth vaccination applications have begun, and demise charges have dropped. Nonetheless, the necessity for fixed refrigeration, lengthy provide chains, and educated personnel have slowed the vaccination course of in much less economically developed nations. Researchers have collaborated to resolve the aforementioned issues related to injection vaccines to create a thermostable vaccine that may be taken orally. 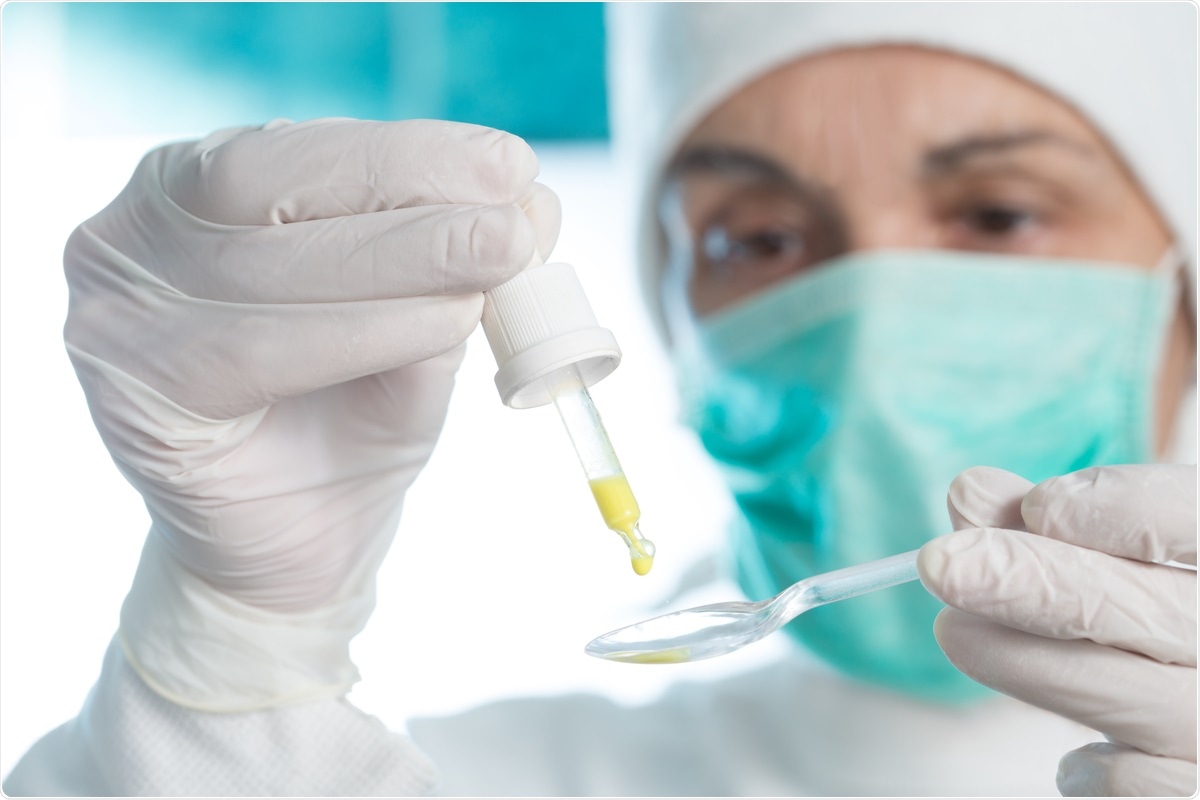 A preprint model of the research is offered on the bioRxiv* server whereas the article undergoes peer evaluate.

Whereas vaccines are historically created from an attenuated type of a virus, different methods have change into extra common in recent times resulting from issues of safety akin to allergic reactions and inert viruses’ reactivation. Expressing viral proteins as targets for the immune system with none structural proteins avoids this however doesn’t present the identical stage of safety as the shortage of repetitive patterns, and decrease density of viral proteins triggers a weaker immune response. Virus-like particles remedy this difficulty – the virus envelope proteins expressed to indicate the identical conformation as an contaminated cell.

The scientists created a retrovirus-derived enveloped VLP (eVLP) primarily based on earlier analysis displaying robust neutralizing antibody (NAb) era in opposition to different viruses. This VLP was produced by transient transfection of HEK cells with an expression plasmid created from cDNA from the wild-type extreme acute respiratory syndrome coronavirus 2 (SARS-CoV-2) pressure from Wuhan, China. Alternate eVLPs have been created with a number of spike protein variants, in addition to varied mutations. To refine the form of the eVLP, the scientists modified the C-terminal CT to abolish endoplasmic reticulum retention to advertise glycosylation of the spike protein.

Because the envelope protein of SARS-CoV-2 can be recognized to play a task in spike protein glycosylation, this was additionally added to the e-VLP. Not solely did this assist support in acquiring the optimum conformation, however it was additionally later discovered to set off T cell response to the membrane protein, serving to present a extra strong mobile response to the virus. Lastly, one other model of all current eVLPs was created with a variable floor protein from Giardia lamblia, which offered resistance to degradation and enhanced the immune response.

The vaccines have been examined for effectiveness in intramuscular injections and oral administration utilizing neutralization assays on serum samples taken from hamsters and mice contaminated with the illness. ELISA assays offered perception into the degrees of IgG and IgA antibodies created in opposition to the spike protein. The general safety the eVLPs offered in opposition to SARS-CoV-2 was measured by monitoring the burden of the hamsters.

In intramuscular injections, all eVLPs confirmed excessive IgG and IgA antibodies ranges, with the Giardia floor protein-enhanced eVLPs displaying a big enchancment in comparison with the non-enhanced variations. The inclusion of the SARS-CoV-2 envelope protein additionally elevated each IgG and IgA responses. When the vaccine was administered orally, the Giardia element proved vital, as eVLPs that didn’t include it confirmed no immune response – which the authors theorize is probably going because of the destruction of the particles within the higher small gut. The C-terminal CT modification was additionally much less efficient than the wild-type CT in triggering the manufacturing of IgG and IgA. The inclusion of the SARS-CoV-2 envelope protein remained efficient.

Earlier research had urged that oral vaccination might result in extra variable ranges of safety, which was not seen on this research. The authors counsel that the Giardia element was vital in avoiding this. They urge additional adoption of e-VLP primarily based vaccines utilizing the variable floor proteins to beat the issue of sustaining refrigeration in sure international locations. They keep their properties at room temperature and may endure a number of freeze-thaw cycles with out shedding effectiveness. In large-scale vaccination applications, the benefit of transport and administration {that a} thermostable orally administered vaccine offers might show to be invaluable.