In a examine posted to the bioRxiv* pre-print server, a staff of researchers carried out a structure-activity relationship examine of boceprevir-based molecules to seek out antiviral drug candidates concentrating on extreme acute respiratory syndrome coronavirus 2 (SARS-CoV-2) protease MProfessional.

When SARS-CoV-2 infects human cells, its RNA genome interprets into pp1a and pp1ab polypeptides, of which MProfessional is a protease/peptide fragment. These peptides bear proteolytic hydrolysis to type non-structural proteins (nsps), that are important for viral replication, evading the host immune system, and the packaging of latest virions for infecting new host cells. The intervention of proteolytic hydrolysis is taken into account an efficient method to include SARS-CoV-2 an infection. As MProfessional processes nearly all of nsps, it’s the foremost goal for broad-spectrum antiviral drug candidates towards SARS-CoV-2. 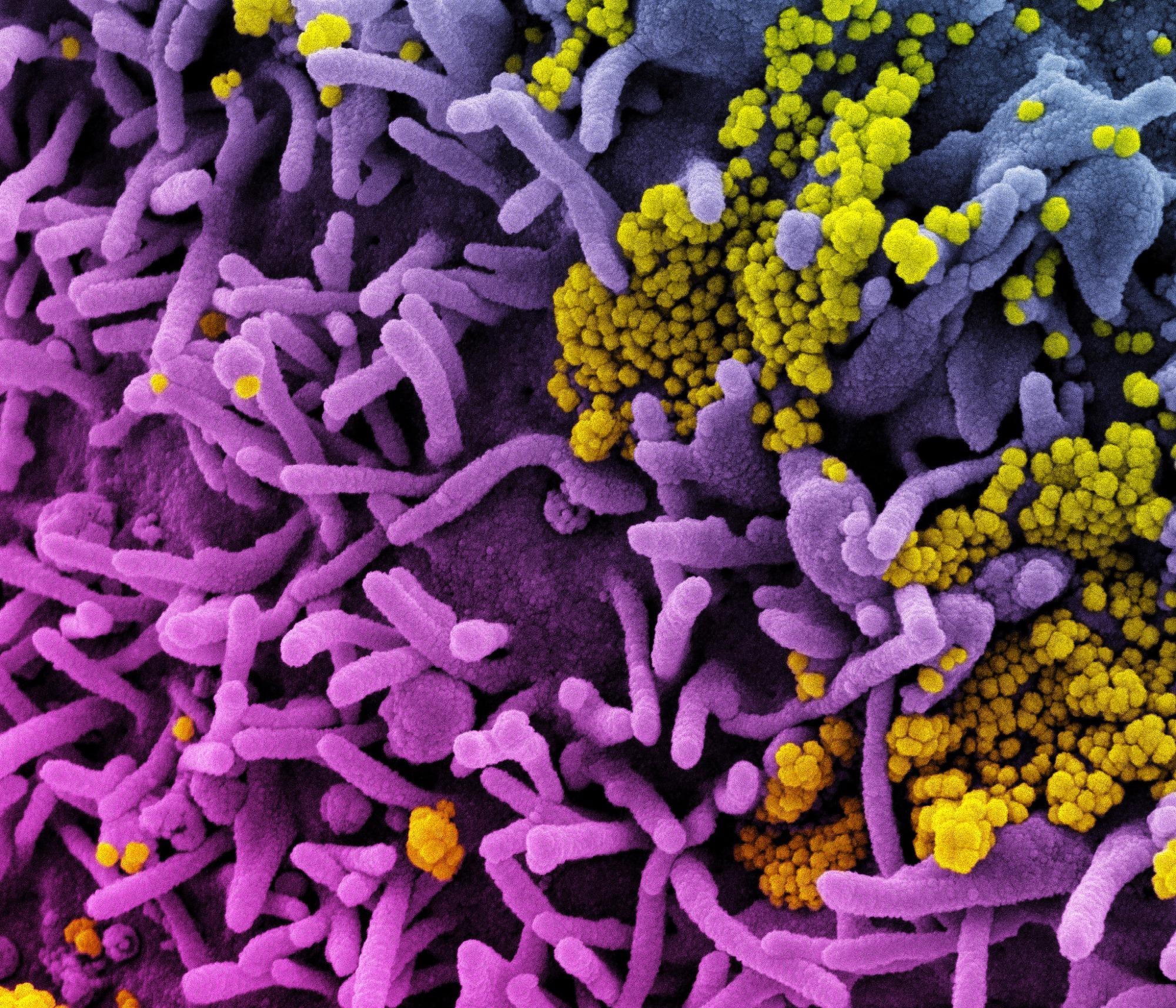 The researchers designed and synthesized a complete of 19 boceprevir-based MProfessional inhibitors from MPI29 to MP147, and one PF07321332 inhibitor, a Pfizer compound included on account of its similarity with boceprevir.

Boceprevir-based MProfessional inhibitors have been synthesized by introducing modifications in any respect of its 4 binding pockets – α ketoamide warhead, a P1 b-cyclobutylalanyl moiety, a P2 dimethyl-cyclopropyl proline, a P3 tert-butylglycine, and a P4 N-terminal tert-butylcarbamide.

The researchers adopted the rules of peptide coupling whereas synthesizing these inhibitors and characterised in vitro MProfessional inhibition efficiency by figuring out their IC50 values following a longtime protocol that used a fluorogenic substrate Sub3. In addition they characterised the crystal buildings of MProfessional sure with ten inhibitors utilizing X-ray crystallography and antiviral efficiency of inhibitors in vitro and in human host cells (in cellulo). 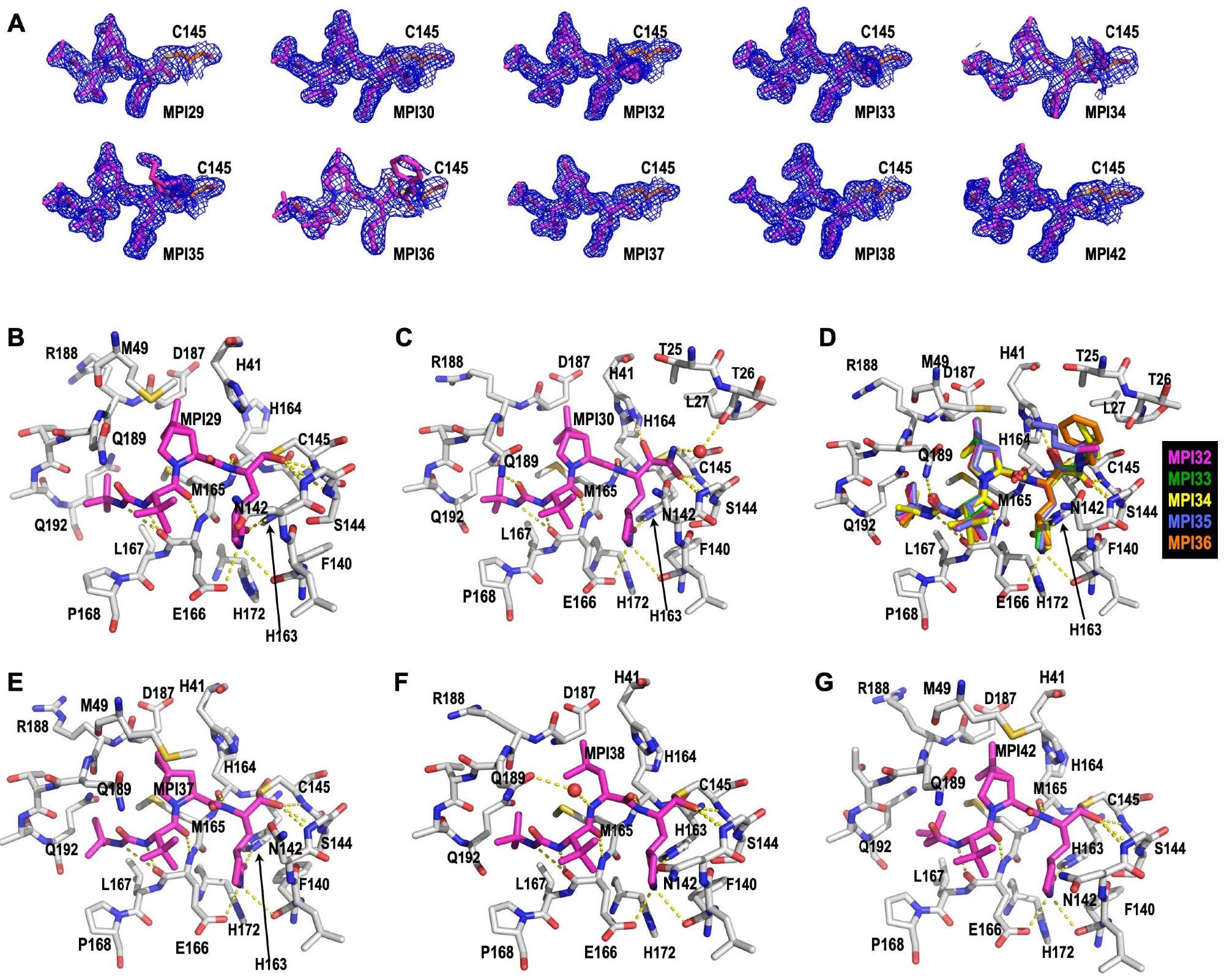 The inhibition curves of MProfessional inhibitors have been properly outlined, confirmed 100% antiviral exercise with out an inhibitor, and reached ~100% viral inhibition at 10µM inhibitor concentrations.

Of all of the inhibitors, whereas MPI29 confirmed the best in vitro efficiency and had an IC50 worth of 9.3 nM, MPI30 confirmed decrease in vitro efficiency, indicating the significance of the P1 opal residue in enhancing interactions with MProfessional. MP130 was additionally 100-fold stronger than boceprevir and had an IC50 worth of 40 nM. Though each MPI29 and MPI30 confirmed very low in cellulo efficiency, they have been extremely potent MProfessional inhibitors in vitro.

All inhibitors from MPI31-36 confirmed a lot increased in vitro IC50 values than MPI30 on account of a further chemical appendage within the α-ketoamide, as nitrogen results in much less favored interactions with MProfessional. Aside from MPI45, all different inhibitors with a P4 N-terminal carbamide cap displayed low mobile and antiviral efficiency. Though structurally much like MPI47, PF-07321332 confirmed a 10-fold decrease IC50 worth than MPI47 on account of a P4 N-terminal trifluoroacetamide cap answerable for its distinctive interactions with MProfessional. The inhibitors having the P1 opal residue, P2 dimethyl-cyclopropyl proline, and P4 N-terminal tert-butylcarbamide moieties made stronger hydrophobic interactions with MProfessional, subsequently displaying excessive in vitro efficiency.

Moreover, the crystal construction evaluation confirmed that each one the inhibitors shaped a covalent adduct with the MProfessional lively web site cysteine. In its MProfessional advanced construction, an inhibitor containing a P4 N-terminal isovaleramide was tucked deep in a small pocket acknowledged as a P4 alanine aspect chain in a substrate.

General, the examine outcomes recommend that changing the α ketoamide warhead with an aldehyde and P1 web site with a b-(S-2-oxopyrrolidin3-yl)-alanyl (opal) residue results in excessive in vitro efficiency. Additionally, the unique boceprevir moieties at P2, P3, and the P4 N-terminal positions confirmed increased in vitro efficiency than different chemical moieties examined.

bioRxiv publishes preliminary scientific stories that aren’t peer-reviewed and, due to this fact, shouldn’t be considered conclusive, information scientific observe/health-related conduct, or handled as established data.