The extreme acute respiratory syndrome coronavirus 2 (SARS-CoV-2) has mutated since its preliminary emergence in Wuhan, China, in late 2019. to outlive. A choose few mutations have allowed the virus to unfold quicker and trigger extra extreme an infection. Variants of concern that include such mutations, such because the Delta variant, have additionally acquired mutations to evade neutralizing antibodies. 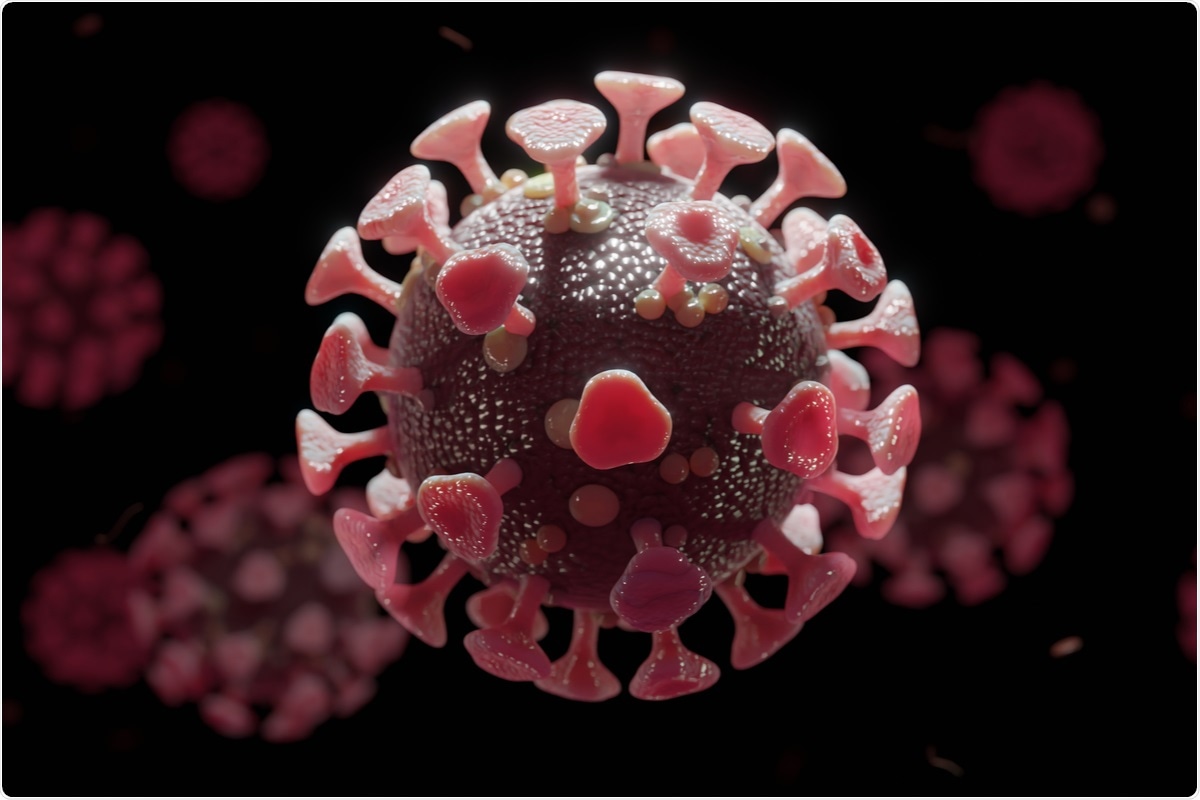 New analysis revealed in Nature* suggests SARS-CoV-2 spike protein substitution mutations can create a replication-defective viral particle generally known as pseudotyped viruses that makes the virus immune to vaccine-induced antibodies. Nonetheless, individuals who recovered from SARS-CoV-2 an infection and later obtained the mRNA vaccine might get rid of these pseudotypes.

The researchers used HIV-1 pseudotypes bearing the SARS-CoV-2 and SARS-CoV spike protein. The purpose was to research how efficient convalescent plasma is in neutralizing parental and chimeric spike proteins.

The convalescent plasma was obtained 1.3 months after 26 people recovered from coronavirus illness 2019 (COVID-19) an infection. They have been chosen for his or her excessive SARS-CoV-2 neutralization titers.

Outcomes confirmed that 21 out of 26 convalescent plasma samples have been much less efficient in neutralizing the SARS-CoV-2 pseudotype. For comparability, the SARS-CoV pseudotype was extra delicate to the antibodies within the plasma.

Additional analysis mimicked the power of SARS-CoV-2 to neutralize antibodies with a chimeric virus. The purpose was to search out targets of neutralizing antibodies from convalescent plasma.

General, the SARS-CoV-2 mutations focused by neutralizing antibodies in plasma have been in particular components throughout the N-terminal area, receptor binding area, and different spike domains.

Many SARS-CoV-2 mutations have been clustered round varied components making a ‘supersite,’ focused by N-terminal area binding neutralizing antibodies.

The outcomes recommend SARS-CoV-2 mutations within the spike protein could have advanced to keep away from neutralizing antibodies. This corresponds to observations of diminished neutralization from antibodies in 34 out of 38 chimeric viruses containing the spike mutations.

About 13 spike protein mutations from chimeric SARS-CoV-2 viruses have been recognized to scale back plasma neutralization sensitivity. When the researchers mixed all 13 spike mutations to create an artificial ‘polymutant’ spike protein sequence, they discovered the best resistance to neutralization than anybody mutation alone.

The researchers subsequent checked out sensitivity to neutralization in 14 convalescent plasma samples from beforehand contaminated people who later grew to become vaccinated with the mRNA vaccine. They used a panel of pseudoviruses containing the spike protein with 13 escape mutations.

Their pseudoviruses confirmed higher resistance to neutralization than B.1.1.7 and B.1526. Nonetheless, the decreased sensitivity to neutralization was much like what’s been noticed within the P.1 variant and fewer than the B.1.351.3 variant.

As earlier than, antibodies from convalescent plasma samples confirmed decreased neutralization towards SARS-CoV-2 pseudotypes. The researchers recommend that antibody stress could have brought on dominant variants comparable to B.1.351.3 to develop 9 spike mutations that resist neutralizing antibodies.

Nonetheless, plasma samples from contaminated then vaccinated people might retain their neutralizing exercise — particularly amongst a pseudovirus containing 20 spike mutations in each the N-terminal area and the receptor-binding area.

The flexibility to neutralize viruses with 20 spike mutations gave the impression to be from antibodies focusing on each the receptor-binding area and different non-receptor binding area determinants.

That is an unedited manuscript that has been accepted for publication. Nature Analysis are offering this early model of the manuscript as a service to our authors and readers. The manuscript will endure copyediting, typesetting and a proof evaluation earlier than it’s revealed in its last type. Please be aware that in the course of the manufacturing course of errors could also be found which might have an effect on the content material, and all authorized disclaimers apply.