The emergence of genetically various extreme acute respiratory syndrome coronavirus 2 (SARS-CoV-2) variants, with altered phenotypic properties, has occurred as a result of steady mutation of the unique pressure first reported in Wuhan, China, in 2019. In 2021, the World Well being Group categorized these variants as variants of concern (VOC) and variants of curiosity (VOI) primarily based on transmissibility, severity, and functionality to flee immune responses. 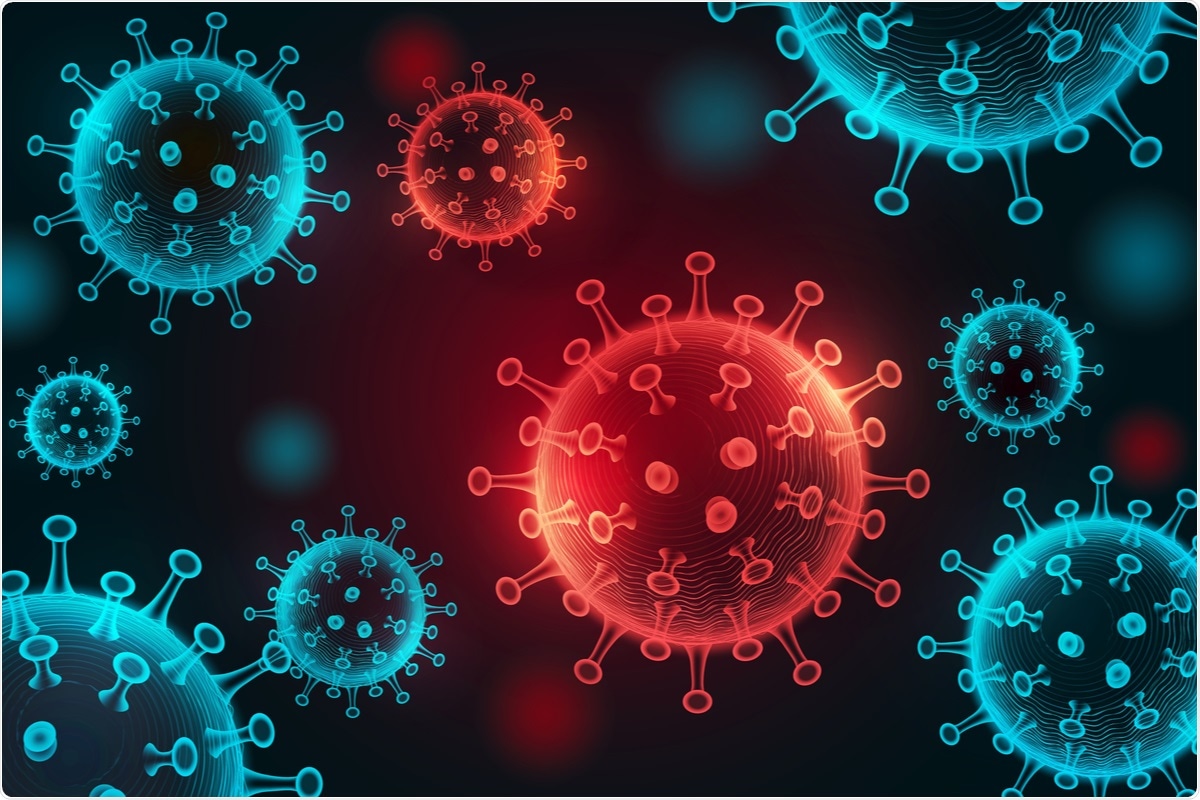 Research: Put up-entry, spike-dependent replication benefit of B.1.1.7 and B.1.617.2 over B.1 SARS-CoV-2 in an ACE2-deficient human lung cell line. Picture Credit score: CKA/ Shutterstock

The B.1.1.7 lineage is also called the Alpha variant and is categorized as a VOC. It was first reported in the UK in September 2020. Scientists revealed that the Alpha variant has a considerably greater copy quantity and causes a extra extreme an infection with a better mortality fee than the unique pressure.

B.1.617.2 lineage is named the Delta variant and falls underneath the class of VOC. This variant was first reported in India in October 2020. It has greater transmissibility, causes extreme illness with an elevated fee of mortality. At current, the Delta variant is predominantly circulating the world.

Genomic research revealed genetic hallmarks of B.1.1.7 consisting of a set of mutations that features deletion of amino acids 69, 70, and 144 within the aminoterminal area. It additionally accommodates an N501Y alternate within the receptor-binding area (RBD) of the SARS-CoV-2’s Spike area. Different mutations that happen within the S1 area of the Spike protein are P681H and T716 and D1118H within the S2 area.

Scientists have identified that useful correlations for the improved transmission and pathogenicity of B.1.1.7 and B.1.617.2 are unavailable. Earlier research confirmed that B.1.1.7- and B.1.617.2-infected people shed viral RNA of elevated ranges and longer durations. These research additionally confirmed that in comparison with B.617.2, B.1.1.7 is instantly neutralized by antibodies. Additionally, in comparison with the Alpha stain, the Delta pressure can evade the immune response elicited by way of vaccination or pure an infection.

Scientists noticed that in vitro and in vivo replication of B.1.1.7 differed relying on the mannequin used. For instance, sure epithelial cell cultures and hamster fashions revealed equal or inferior replication for B.1.1.7., whereas primate and ferret fashions exhibited marginally superior replication. Animal fashions have restricted capability to breed adaptive processes that happen in a virus whereas establishing endemicity in people.

A brand new research printed on the bioRxiv* preprint server focuses on the identification of a human cell line that displays the replicative phenotype of B.1.1.7 and B.1.617.2. On this research, the replication of B.1.1.7 viruses was analyzed in numerous cell and organ fashions and dwarf hamsters.

In regards to the study

Earlier research confirmed that SARS-CoV-2 predominantly infects the epithelial cells, and B.1.1.7-infected sufferers shed viral RNA 10-fold greater than the unique pressure. Contemplating this, researchers of the current research hypothesized that B.1.1.7 has a replication benefit in human epithelial cell cultures.

This research revealed that although all immortalized, major and organoid cultures thought-about on this research had been extremely permissive for SARS-CoV-2 an infection, no particular B.1.1.7-specific development had been recognized. This result’s in keeping with earlier analysis that reported an identical development fee of B.1.1.7 and B.1. viruses in widespread tradition cells and first human airway epithelial (HAE) cells. Researchers didn’t determine contaminated cultures even after ten days, and no elevated virus manufacturing in human organoid fashions was noticed.

The present research can be in keeping with earlier stories and confirmed the shortage of serious variations in development between B.1.1.7 and B.1 variants in experimentally contaminated dwarf hamsters. It reported that B.1.1.7 is extraordinarily infectious, and its transmissibility might be recapitulated solely in some animal fashions, but it surely can’t be demonstrated in most cell tradition techniques.

The authors carried out a biochemical peptide cleavage assay and noticed lowered proteolytic cleavage in spike plasmid transfected and SARS-CoV-2-infected cells to be in line with lowered furin-mediated processing of B.1.1.7 spike. Though a rise within the B.1.1.7 replication has been noticed in sufferers, the early part of an infection has been tough to seize in medical observations as a result of late sampling, making cell tradition research doubtlessly extra insightful. Researchers said that cell cultures analyzed on this research won’t mirror the variations in virus manufacturing in later levels of tissue an infection as a result of limiting impact of cytopathogenic results in vitro.

The present research revealed a delayed onset of cytopathic impact, a slower ramp-up of virus manufacturing, and reasonably decreased ranges of IFNL expression within the case of B.1.1.7. These observations are in line with a stealthy invasion of tissue with initially restricted manufacturing of PAMPs and extra environment friendly evasion of cell-intrinsic innate immunity. Though cell-intrinsic immunity could also be concerned throughout an infection, the onset and diploma of an infection depend upon a number of elements.

Researchers confirmed that NCI-H1299 cells produced greater replication and infectious virus manufacturing ranges related to each B.1.1.7 and B.1.617.2. This cell line is devoid of detectable ACE2 protein and stays prone to SARS-CoV-2 an infection even within the presence of ACE2-neutralizing antibodies.

The authors said that extra analysis is required for the identification of a hypothetical various receptor of SARS-CoV-2. Additionally, analysis associated to the mobile atmosphere of NCI-H1299 cells is really helpful to know higher replication of B.1.1.7 and B.1.617.2 SARS-CoV-2.